The future of work & digital economy 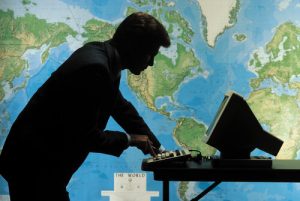 In 1996 Peter Williams went to his managers at Deloitte with what now seems like an obvious proposal.

“I went to the bosses and said I want to start an e-business consulting group.

“I’m like, just back me, it’s going to be bigger than electricity.”

Deloitte Digital now employs around 15,000 people, working across 35 countries – creating a turnover of over $3 billion dollars.

A pretty good return for a company that took a punt to gain an edge against much larger competitors.

And in order to catch the competition, Deloitte had to out-innovate them.

“We had to do different things; and do things differently,” he says.

He set up an idea generation model, where a steady stream of employee concepts were rigorously tested and evaluated.

“Could the idea be big, if we got it right? And did it fit with what we were trying to do, which was innovating our way up from the bottom of the pack?

“And from there we started to set a bit of a direction.”

“I always say I want prototypes, not PowerPoint, I want experiments, not Excel.”

Mr Williams shared his knowledge with Monash Business School students at a fourm in December, hosted by the Monash Entrepreneurship Portfolio, headed up by Professor David Gilbert.

While bold and decisive action is an imperative on the journey towards becoming a key corporate innovator, Mr Williams says laying the groundwork by establishing social capital within the organisation is also integral.

“It’s karmic, if you’ve been somebody who’s helped out others, who’s had a track record of showing creativity and being innovative, that’s the base level.

“The next level is you have to give your managers something to say yes to.

“Don’t make it vague, make it clear and seek the support of people that you know might say yes, as opposed to the ones who are very rigid and don’t want to change anything.

“It’s about leveraging personal relationships in the organisation you’re with.

“It’s also about showing some commitment.

“I had a lot of people in the early days, who would come in and want to work on the internet; and it’s like okay well what books have you been reading, what other activities have you been doing in the area?

“There was a sense they just wanted to get involved, because it sounded good.”

Mr Williams says while being a valued team member is crucial, at the same time, it’s important to be aware of the danger of group-think and corporate jargon.

“The problem that you have in any industry is that it starts to build up its own language.

“It can start to alienate – you come up with your little acronyms and words – and when you communicate to the people outside your industry, people don’t know what you’re talking about.”

“It creates a high level of vagueness or uncertainty.

“As people think, I’m not sure if I can do that, or maybe if I don’t understand that buzz word, I’m behind.”

“It’s about making sure that I’m not trying to elevate myself above the people that I’m talking to and trying to make it actionable.

“Plain English, make it practical and make people think, yeah that makes sense to me.”

“Basically, what’s the idea, where did it come from and what do you reckon it’ll do.”

MacZin remains open for business and will continue to trade as usual. We will carry on doing what we do best in looking after your online presence and taking all precautions necessary to protect our customers & team members. Rest assured that we are doing everything we can to limit the spread of Coronavirus.

Your health and wellbeing is our first priority. We are closely monitoring guidance from the World Health Organization (WHO) and the Australian Government Department of Health.

1) Practicing social distancing whenever possible & encourage our customers to do the same whilst we are working.

It would be ideal that in these trying times, that if you feel unwell, have been in contact with an infected person, or have returned from an affected place abroad that you get intouch with us to arrange another meeting time after 14 days.

Thank you for respecting these guidelines that we’ve put in place for the safety of our customers and staff.

We will continue to update you on any major changes or disruptions that are likely to occur from time to time.